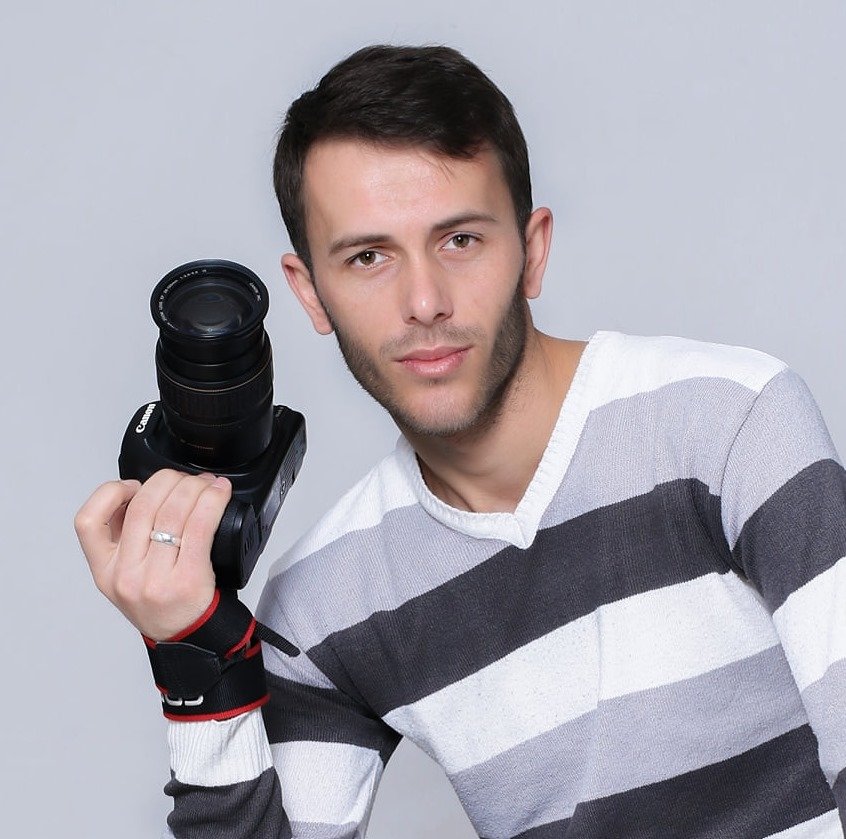 From 2004 until 2007 he has worked as a cameraman for a private company where the main duties were photos and editing the videos. After that he worked as an intern at the Public Relations Office Municipality of Vushtrri which was the key to his success.
“In 2008 I got transferred in Pristina, everything here was more different I had bigger responsibilities, the city the way of work was more difficult everything was new and I also got a new job which helped me a lot to pursue in my career. I was the workmen of the company for video editor I worked at this company till 2013. “Artan said
During 2013 he got a reference letter from the Municipality of Vushtrri (Public Relations Office) where in that reference they mentioned him as one of the best workers they had in the last 3 years.
He also continued “This profession is everything to me is a job that has to do with talent, determination, ambition and confidence. I got my inspiration since I was young. I knew it that taking photos of my dearest ones like my sisters and filming almost every moment was everything I wanted to do even when I grow up. HELP organization supported me with a high-quality camera, which increased the quality of work and my services on ‘’Multimedia’’ field got more professional.”
He is very thankful to Help Kosovo for the equipment received which helped him start the business and develop in the photographic activity.
His message to the youngsters is:
“I encourage all the young people who have vision, talent, ambition to never stop believing and to follow their dreams, I want to tell them that every beginning is difficult and all you need is to apply for a grant at Help Kosovo organization to turn your ideas, projects into real business.”